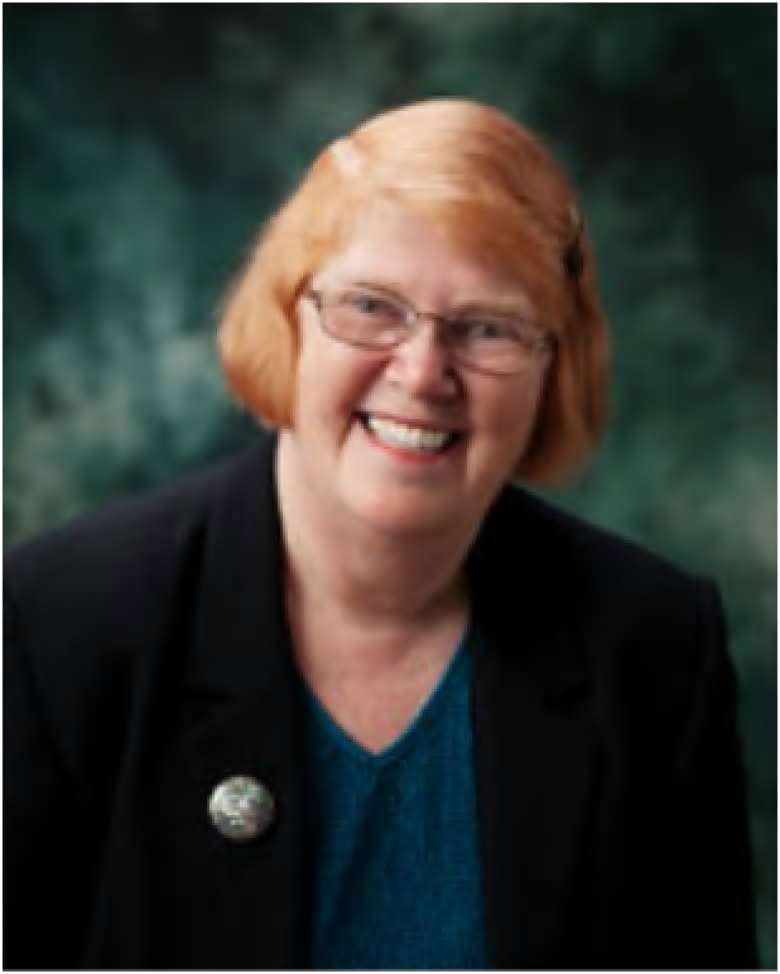 Kirk Elder Daphne Dumont has been named the 2019 recipient of the Law Society of PEI Distinguished Community Service Award.

This award was established in 2007 by Derek D. Key, Q.C. & Nancy L. Key, Q.C., to honour, recognize and celebrate the valuable contribution members of the Law Society have made to various community organizations at the local, provincial or national level, as well as to showcase the vast spectrum of voluntary services that members provide to the community at large.

The award is granted based upon: active and sustained participation in a charitable or non-profit organization; contributions as a volunteer through education or promotion of volunteerism by way of ideas, practices or publications; continued performance and effort over a period of time in a variety of volunteer activities which has resulted in the enhancement and improvement of the organization, activity or community; and the implementation of special events or programs including assisting such organizations through periods of difficulty, change or restructuring.

Daphne’s nomination for the award cites: the fact that in 1985, she was a founding member of the Women’s Legal Education and Action Fund (LEAF); that in 1997 she was given the Equality Recognition Award by PEI Status of Women; that in 2000-2001, Daphne was the first person from Prince Edward Island to be elected national President of the Canadian Bar Association. It further notes that in 2002, she was awarded the Queen Elizabeth II’s Golden Jubilee Medal for outstanding community service; that in 2005, she played an integral part in forming the Collaborative Family Law Association in Prince Edward Island; that in 2009, she was one of six laureates to receive the Governor General’s Award in commemoration of the Person’s case; and not least, that in 2011 she was appointed a member of the Order of Canada.

Her legal career has been notable. In 2016, Daphne was the recipient of the Canadian Bar Association’s President’s award for her trail blazing work for women’s rights and 40 years of service as a lawyer. She has taught the Prince Edward Island Bar Admission Course and has held all executive positions in the Prince Edward Island Branch of the Canadian Bar Association. The PEI Branch now awards a Daphne Dumont Scholarship to a full-time Island student enrolled at an accredited university law program. She also served as a member of the CBA Gender Equality Task Force.

Within the community, Daphne has supported the Community Legal Information Association, helping everyone get access to a legal opinion and provide them options. She has been a member of the Rowing PEI executive, as well as other community organizations, such as The Rotary Club of Charlottetown’s Youth Exchange Program, Youth Parliament, and the Premier’s Dinner and participated in fund raising events such as Dancing with the Stars. She is also a supporter of Canadian Federation of University Women.

At the Kirk, Daphne has served as an Elder since her ordination in 1989, assuming many leadership roles within the congregation in the intervening years. More recently, she has provided particular service on the Board of the Stamper and Charlotte Residences, and as a Trustee of the Cundall Trust. She has been the positive-spirited and effective chair of many recent Annual Meetings.

The Kirk congratulates Daphne on this most recent, notable accomplishment.