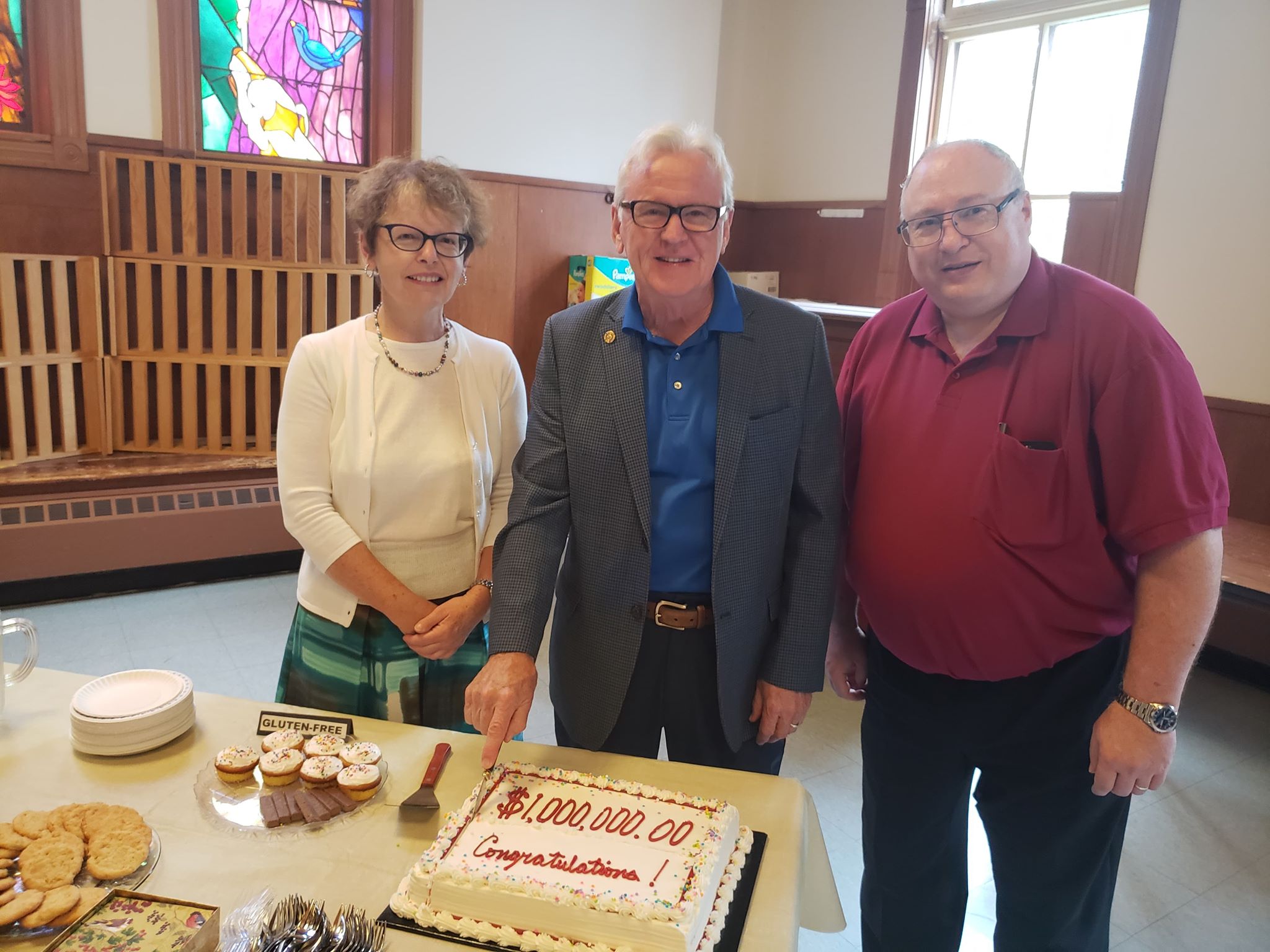 During worship on August 18, David Hooley, Chair of the Kirk’s Renewing HOPE Capital Campaign, was able to announce a significant milestone in the fundraising effort.

As the announcement was made, applause broke out in the congregation, whose exceptional generosity had made the achievement possible. The milestone was marked with a cake celebration in the Kirk Hall following worship, with David Hooley and Shauna Sullivan Curley, Vice-Chair of the Capital Campaign, cutting the cake.

The funds raised thus far will go towards making major repairs to the Kirk’s roof and gutter systems, to completing repairs to stone and brick work, and to seeing the Kirk’s many beautiful stained glass windows restored and re-protected.

As David Hooley pointed out, there is still a challenge before the Kirk family. We need to cover a $78,000 bill from Campaign Coaches for their help with successfully reaching our goal, and we would like to make a number of important and more visible improvements to the Kirk: provide barrier-free washrooms; renovate the Kirk’s kitchens to improve safety and facilitate fundraising events; provide some needed Audio-visual equipment; and buy plates and cutlery so that our social events can be more environmentally friendly. These improvements will cost about $250,000.

“It is amazing that through God’s goodness we have raised these funds,” said David Robinson, Action Clerk of Session. “Now we hope to push on, exceed expectations, and address a number of extra facility improvements that I believe the congregation would like to see happen.”

The next phase in the Capital Campaign will see the Kirk reaching out to those with connections to the Kirk who live farther afield, like many of the congregation’s dispersed families. Consideration will also be given to starting a crowd-funding campaign to invite the wider Island community to participate in the renewal that is happening at one of the province’s historic churches and architectural gems.

The Capital Campaign is scheduled to run for five years, from 2019 to 2023, so there is still lots of time and opportunity to contribute.