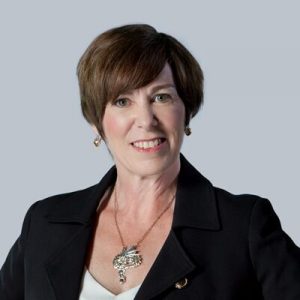 During the Kirk’s Annual General Meeting on March 4, 2018, Kirk Elder Pamela Stewart completed six years as an active Elder and better than four years as the Action Clerk of Session. Additionally, she recently completed six years of service as the Kirk’s Presbytery representative. In the latter capacity Pamela attended the General Assembly in Vancouver in 2015, where issues like assisted dying and human sexuality were front and centre.

One of the early challenges Pamela faced as Action Clerk was to assist in deciding how to proceed after receiving the Howard Coles aged building audit, which outlined numerous deficiencies in the fabric of our beloved Kirk. She became a member of the Facility Review Committee charged with examining the report and various other reviews of the Kirk’s physical condition, and making recommendations back to the congregation on options for a response. This committee reached an important milestone in 2018 when it recommended that the Kirk consider undertaking a major capital campaign to restore and improve the Kirk, and engaged Campaign Coaches to complete a fundraising feasibility assessment.

Among the memorable events that Pamela helped organize while Action Clerk was a Tribute Concert on September 11, 2015 in honour of Kirk Elder, the Honourable Barbara Hagerman, who was terminally ill with cancer. The event was intended as an opportunity for members of the congregation and the wider community to express thanks to her for her many contributions to provincial life, including a term as Lieutenant Governor. The Honourable Barbara Hagerman had been extensively involved in the choral music scene in PEI and indeed, Canada, throughout her life. The concert brought together musical groups that she had been involved with over her lifetime, including the Summerside Presbyterian Choir, the Summerside Community Choir, the Kirk Senior Choir, and also a number of musicians whose talents she had highlighted during her tenure at Government House. The concert packed the Kirk to capacity.

Looking back on her tenure, Pamela said: “I have been honoured to serve with numerous Session members and I can truly say these are a tremendous group of people. Every meeting has been full of fellowship and humour, which is an incredible environment in which to work. Much is accomplished, but in an atmosphere where the time flies.”

During the recent Annual General Meeting Pamela was presented with a bouquet of roses and a crystal vase, inscribed, “Presented with gratitude to Pamela Stewart, Action Clerk of Session, Kirk of St. James, 2014-2018,” and received the thanks of the congregation for four purposeful and activity-filled years of leadership.

Pamela is a lawyer specializing in family law with the firm Key Murray Law and is very active in the work of the PEI Bar Society and the Canadian Bar Association. She will continue as a member of the Kirk Senior Choir and will also serve on the Human Resources and Worship Committees.